Finding ones true nature: I have heard a story about a very brave lion (Mufasa). He was a true king of the jungle. Life was good, there were no threats and food was in affluence. His young son (Simba) played the whole day with, herds, lams, sheep’s and other animals. There was no need to learn to hunt, there was no need to learn to fight. Sometime when the young lion got angry during play he would roar, but other animals would laugh at him instead of getting scared. 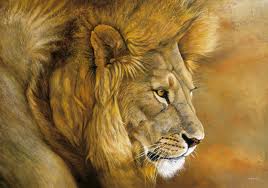 Mufasa saw this and was little concerned about Simba. Simba came to Mufasa and said, “why do they laugh at me when I roar, that happens never to you!”

Mufasa said my dear son, “when I was your age, my father send me to the top of the highest mountain to find my roar there, your is also there, you have to go and find it for yourself”. Simba got very excited and went to his journey to find his roar. Mufasa new this was a very risky journey but he also knew that Simba had to walk upon this path alone. The young lion went on his journey, running through hot dessert and cold nights, with not much food. Simba had to hunt to survive, walking upon thorns and difficult jungles, fighting against his enemies, wounded, hungry and hurt but he kept his focus towards his destiny. When he reached the top with great difficulty, he roared, and it is said that no lions roar had ever been heard like that before. It could be heard for thousand kilometers around the jungle and he had claimed his kingdom by the power of his roar and had found his true self in this harsh journey.

One must find it’s true self, the lion is not a herd or sheep he is a lion, to live a life of a lion is the purpose of his life.

In the end nothing matters but in meanwhile one must find his true self!

This story is inspired my friend (Majid Khan)